Wildlife macro images from the Natural World of our smaller inhabitants.
This Gallery is for the Order Hymenoptera containing the Family Aculeata, Apoidea and Anthophila (Bees).
Read More 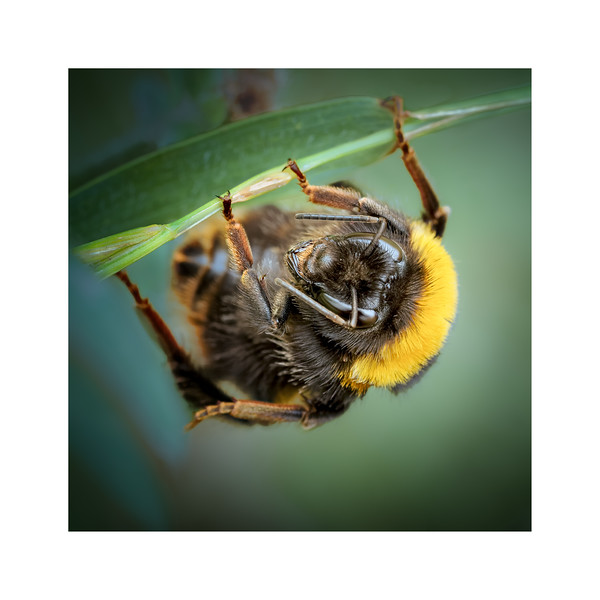 Photographed on the Thursday 13 August 2015.
Photographed near ‘Haskayne Cutting’, a small Lancashire Wildlife Trust, nature reserve in Lancashire, formerly, ‘Haskayne Railway Station’.
All bees belong to the order Hymenoptera which also includes wasps’ ants and sawflies. There are about 1500.000 Hymenoptera described globally though the true figure may even exceed 1 million. Bees initially fall within the suborder Apocrita which contains many of the various wasp-waisted forms the other suborder being Symphyta sawflies and their relatives. The Apocrita is then subdivided into sections, the Parasitica & Aculeata. Bees belong to the Aculeata along with ants, hunting wasps and various other parasitic wasps not included in the Parasitica. The classification of the Aculeata is very complex due to the way these portion of the Hymenoptera have evolved i.e. essentially bees and ants are specialised wasps. Hence looking within the superfamily Apoidea, several bee families occur side by side with hunting wasp families.
The Bumblebees belong to the Family Apidae, subfamily Apinae and Genus Bombus. The Apidae is a cosmopolitan family of over 6000 species. Like most bees bumblebees exhibit sexual dimorphism where the sexes look identifiably different.
The Bumblebee here is the Buff tailed Bumblebee (Bombus terrestris) and as discussed above belongs to the Tribe Bombini and Genus Bombus, which are true Bumblebees. This bee is widespread in the UK though scarcer in Scotland it is spreading northwards. Common throughout Europe and most temperate clines. This species is the largest of our bumblebees and often the earliest to emerge.
Once emerged her first task is to replenish lost body fats used up during hibernation. To do this they may resort to like many other bumblebees, nectar robbing. Whilst visiting flowers you will note that there is no pollen basket, as this does not appear until she is suitably replenished and has established a new nest, where she will initia