This Gallery contains images of buildings and constructions both modern and historical.
Read More 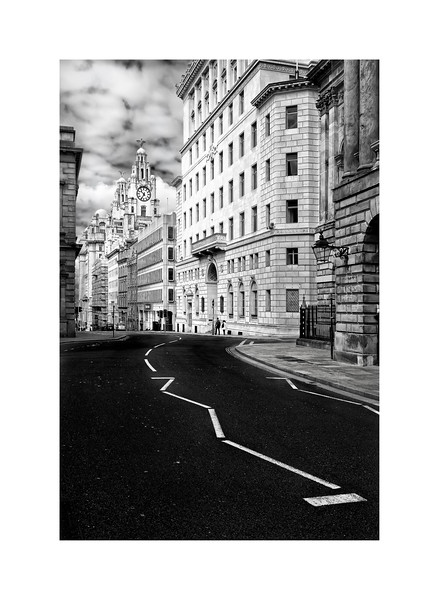 Photographed on the Sunday 03 July 2016.
These images were taken during a photographic walk with my local Photo group at Formby, through the 1st seven streets of Liverpool. Liverpool is a major city and metropolitan borough with an estimated population of 478 580 in 2015. In 2011 Liverpool and surrounding areas had an estimated population of about 2.24 million.
Historically Liverpool lay within the ancient ‘hundred of west Derby’ (an administrative division part of a larger region) in the south west of the county of Lancashire. Known as Liuerpul in 1207 it became a borough in 1215. Before King John discovered the Liverpool’s potential as a Launchpad for his Irish campaigns, there was little more than a few scattered settlements on the north bank of the Mersey. A promontory stuck out south into the Pool, a sluggish body of water flowing from the north-east. The promontory provided good views to the entrance to the Irish Sea, the Welsh mountains, and inland to the east. The area was part of Edward the Confessor’s manor, and was largely given over to royal forest. Toxteth Park, Simonswood Forest and West Derby were all good hunting grounds, and there would have been little more than scattered farmsteads occupied by farmers attempting to eke out what existence they could on the marshy land far from the major route ways north and south. When the town was established in the early 13th century, its initial form consisted of seven roads in an H shape. Bank Street (now Water Street) ran inland from the Mersey’s edge, becoming Dale Street at the White Cross. Chapel Street, also leading from the riverbank, became Moor Street (now Tithebarn Street) at the High Cross. The two Crosses were joined via Juggler Street (roughly where the High Street is today), completing the H. Branching south from the White Cross was Castle Street, leading of course to the Castle which was soon built to defend the important borough. Heading north from the High Cross was Mill Street, the location of the Old Hall, eventually giving the road its present name – Old Hall Street. From the first seven streets, Liverpool expanded across the tidal creek next to which the castle stood, and eventually overshadowed the nearby centres of West Derby and Chester.
It is likely that the current name derived originally from the ‘’Pool’’ and possibly the mythological Liver bird or similar water-loving bird present in the livered, sluggish waters at the time. Liverpool sits on the eastern side of the Mersey Estuary. The river Mersey may have been the border between the ancient kingdoms of Mercia and Northumbria and for centuries it formed part of the boundary between the historic counties of Lancashire and Cheshire.
In 2007 the city celebrated its 800th anniversary and held the European Capital of Culture title. Not forgetting that Liverpool is the home of the ‘’Beatles’’ and Liverpool and Everton Football Clubs.
More information can be found here:
https://en.wikipedia.org/wiki/Liverpool
http://historic-liverpool.co.uk/liverpool?zoom=14&lat=7059126.52039&lon=-331992.02049&layers=BTTTTTTTTT
https://en.wikipedia.org/wiki/File:Original_7_streets_of_Liverpool.jpg
http://www.bbc.co.uk/sport/football/teams/liverpool
http://www.visitliverpool.com/
http://www.visitliverpool.com/things-to-do/formby-beach-p244431